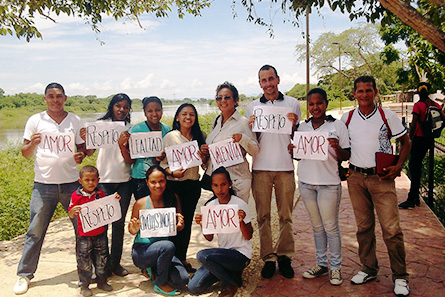 “I am starting with Me” is the initiative we have launched in the streets and town centers of several cities throughout Italy and subsequently all over the world, calling people to organize flash mobs in which they hold up signs with one of the 12 values they have chosen. Each person gives a face to the value they believe in, and are proud to publicly show and demonstrate.

No protest, no argument, no finger pointed at anyone, but rather a unifying of the people… of every age and background, smiling as they launch a message of encouragement and hope: “Change is possible, and it starts with me! And if you too believe in these values, don’t give up, you are not alone!!”